Every month figures are published about the number of bottles shipped from Champagne.  Shipments go into warehouses at distributions centres around the world and so shipments are one step removed from actual sales (or consumption, to put it another way) but they do give a fairly accurate indication of the health of the champagne industry.

In 2018 up to the end of October 217 million bottles of champagne were shipped. That’s an awful lot of bottles but in fact it’s a drop of 1.7% versus the same period in the previous year..

The decline is most evident in France where all three categories of champagne producer (large maisons, cooperatives and small vignerons) have suffered a fall in shipments . France is having a hard time of things at the moment and the mood of the country just doesn’t seem to be conducive to opening bottles of champagne.

So does this herald the end of champagne as we know it?

That’s a bit premature, I think and besides, even in these lacklustre figures crumbs of comfort are to be found.

The small, independent vignerons may well have a smile on their face, especially those who export their wines, because shipments of their champagnes to Europe are up  6.5% and up 9.3% to the rest of the world.

Perhaps people are finally beginning to recognise the amazing quality of some of these ‘grower champagnes’ and the attractive prices relative to those of the big brands.

Equally, although the volume of shipments may be in decline the value certainly is not. In 2018 the total value of champagne shipments reached a record of 4.9 Billion euros with the average price per bottle showing a marked increase in most countries of the world.

But then again, looking at figures like this is a bit like investing in the stock market – you’re better off when you take a long term view. The monthly figures are subject to all manner of variations according to what’s going on in the wider world.

We can be pretty sure, for example, that the shipments figures for November and December are likely to be good due to the fact that producers are shipping as much to the USA to beat any possible increases in tariffs that President Trump may introduce in January.

On the other hand this will surely mean that shipments to the USA  in early 2019 will be poor because there will already be so much stock in the market.

The debate about Brexit has put a damper on shipments to the U.K. for a year or more. Now that there seems to be some clarity emerging, will that have a beneficial effect on shipments?

And surely the discontent and industrial action of France can’t last for ever, can they?

All these questions are important because the USA, the U.K. and France are the three largest markets for champagne.

Who knows what’s going to happen?

Oh welI, I suppose that the best one can do is to keep looking at the shipment figures, but I’m not sure whether that’s reassuring or not.

Want to know more about champagne?

Take a look at My Champagne Expert - You'll discover more about champagne than most sommeliers learn in a lifetime. 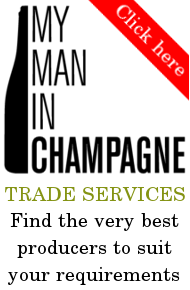 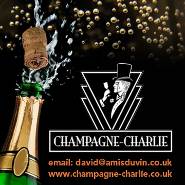